Rolling in the deep

Three reflections on 500 examples of artificial intelligence in action.

Over at DeepIndex I keep a list of interesting applications of artificial intelligence. One year in, here are my top three reflections on the state of applied AI.

The list of AI applications has grown rapidly over the last year; the first cut had about 100 entries, whereas today it stands at more than 500 and spans pretty much any sector you care to imagine. Overall, the examples seem consistent with the view that, when it comes to the future of work, AI will primarily replace tasks rather than entire jobs. 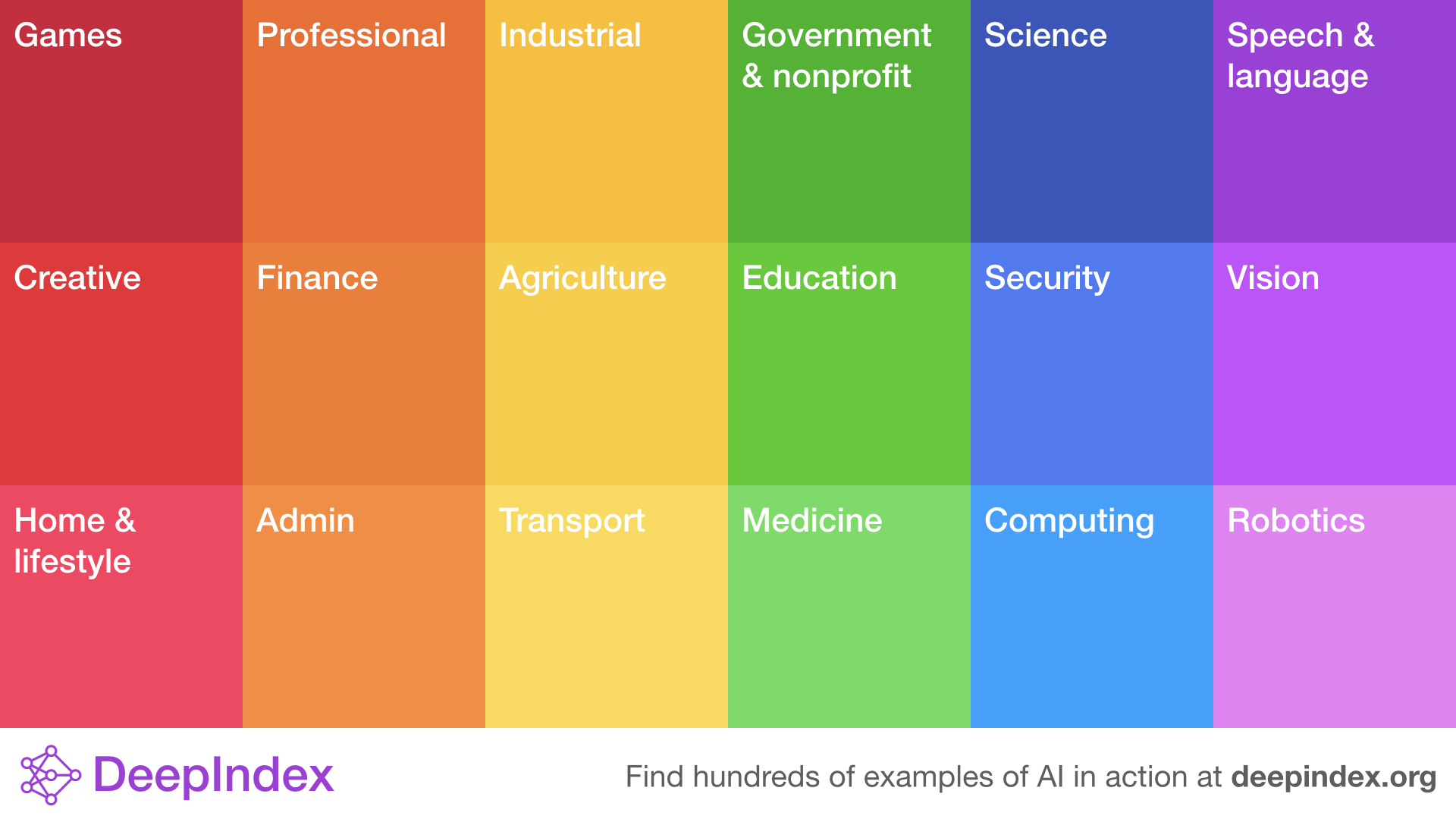 I think a couple of things are driving continued growth.

Second, barriers to entry are lower than ever before. Open source frameworks like Google’s TensorFlow, user-friendly APIs like Keras, and accessible cloud-based GPUs make it possible to get started without committing a team of PhDs and a ton of money on day one.

Some of the cases where AI really excels are of limited interest to a non-technical audience (after all, there’s only so many times you need to see a computer beat the high score on Q*bert). But others - recommending music, translating web pages, dispatching taxis and so on - are applications that most of us already take for granted.

The thing they all have in common is a very well defined objective function and abundant, high-quality training data. In other words, they have one job and the resources to do it exceedingly well. I think this also explains why lots of the most promising future applications are in fields like fintech and medicine, where technology is starting to turn large accumulations of historical data into valuable insights.

3. Government and non-profits are behind the frontier

Some of the sparsest sectors for applied AI seem to be in realms like government administration, public service delivery and non-profit organisations. Part of this is probably down to culture and mindsets: even if the technology is increasingly accessible, risk-averse institutions are rarely the agents of radical innovation. But beyond this, lots of the things that the public sector deals with are messy social problems with subjective outcomes. These are inevitably hard to encode, and the associated data are often poor or missing.

The question for policymakers is whether the public sector will be a fast follower when it comes to AI, or whether it will gradually fall so far behind that it becomes unrecognisable compared to how the rest of the world works.

At the rate things are changing, we may not have to wait a generation to find out.

A manifesto for kick-ass IT