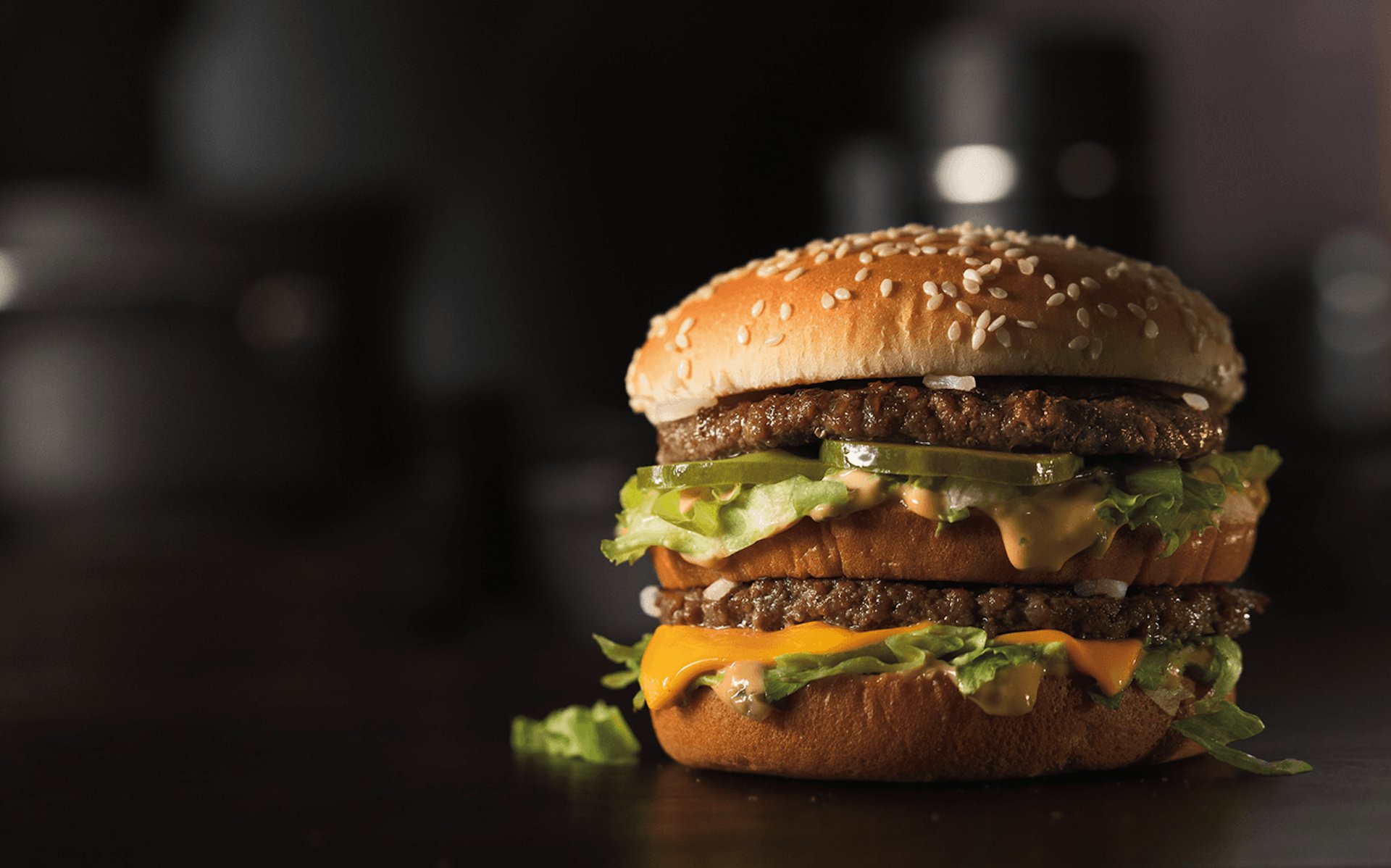 The Big Mac is a great burger, perhaps the greatest burger. But these days something about it doesn’t feel quite right. You don’t know what it is, but it’s there – like a splinter in your mind, driving you mad.

And then it hits you: the Big Mac has the wrong name.

The year is 1967, and Jim Delligatti is in the kitchen of his first McDonald’s franchise in Ross Township, Pennsylvania. Under pressure to compete with a nearby rival’s Big Boy burger, he’s created his own double-decker sandwich: two beef patties, special sauce, lettuce, cheese, pickles and onions, all served on a three-part sesame seed bun.

Later that year the execs at McDonald’s HQ in Oak Brook, Illinois, are trying to decide on a name for Delligatti’s creation. The shortlist isn’t great – Blue Ribbon burger is top of the list – but Esther Glickstein, a secretary in the advertising department, has a better idea.

In 1968 the Big Mac launches in McDonald’s restaurants across the United States. The rest is history.

Walk into a McDonald’s today and the Big Mac is still going strong. The menu it’s a part of, however, has grown significantly as McDonald’s caters to new markets and changing tastes.

This explosion of choice has meant an explosion of names on the McDonald’s lineup. At first glace it looks like semantic chaos: why is it a McChicken Sandwich but just a regular Apple Pie? Why an Egg McMuffin, but not a Cheese McBurger? And most important of all: if the Big Mac were invented today, what would it be called?

To answer these questions we must first deduce a product naming convention that explains today’s lineup. I’ve painstakingly analysed the menu (i.e. I’ve been to a few McDonald’s restaurants around the world over the years), and what follows is my best attempt at extracting order from chaos.

The way I see it, the McDonald’s menu can be separated into three distinct tiers: the classics, the McNames, and everything else.

Just as the metric system is built on seven fundamental base units, the McDonald’s menu is built around a set of fundamental burger restaurant staples. The cornerstones of this system are the classic hamburger and French fries, both of which are just fine without a fancy name.

Where necessary, these building blocks can be modified along one or more dimensions, and the name adapted accordingly. Want a hamburger with cheese on it? No problem, one cheeseburger coming up. Want more fries? Large fries it is.

All the things you’d expect to find in any self-respecting burger joint belong in this core category, including the double cheeseburger, quarter pounder, side salad, chocolate milkshake, apple pie and strawberry sundae. Straightforward, classic items with no-nonsense names to match.

It’s when you deviate too far from the classics that things start to get messy. You are now entering McNames territory, and as far as I can tell this is what qualifies:

And then there’s the rest: niche items that need a quirky name so that you notice them, but are ultimately too average to deserve a McName. This is where you find things like Chicken Selects / Tenders, the Big Breakfast, the Chicken Legend, the Vegetable Deluxe and, of course, the Filet-O-Fish.

Clearly this is not where you should find the Big Mac.

Return of the Mac

So if the Big Mac’s name no longer fits in the contemporary McDonalds nomenclature, what are we going to call it instead?

You might make the case that, after 50 years of distinguished service, the Big Mac should finally graduate to a place amongst the classics. The problem with this line of thinking, however, is finding a straightforward name for it. Perhaps you could call it the double decker, but really it deserves better.

A far more compelling argument is that the most iconic burger of all time has earned permanent superstar status on the McDonald’s menu, and should be ennobled with a McName to match. There are loads of great options to choose from: McLegend, McHero, McClassic…

Truth be told, though, we all know how this ends.

The Big Mac is dead, long live the McBig.

Crushing it from home