I love my country. All of them. Let's make our future together. 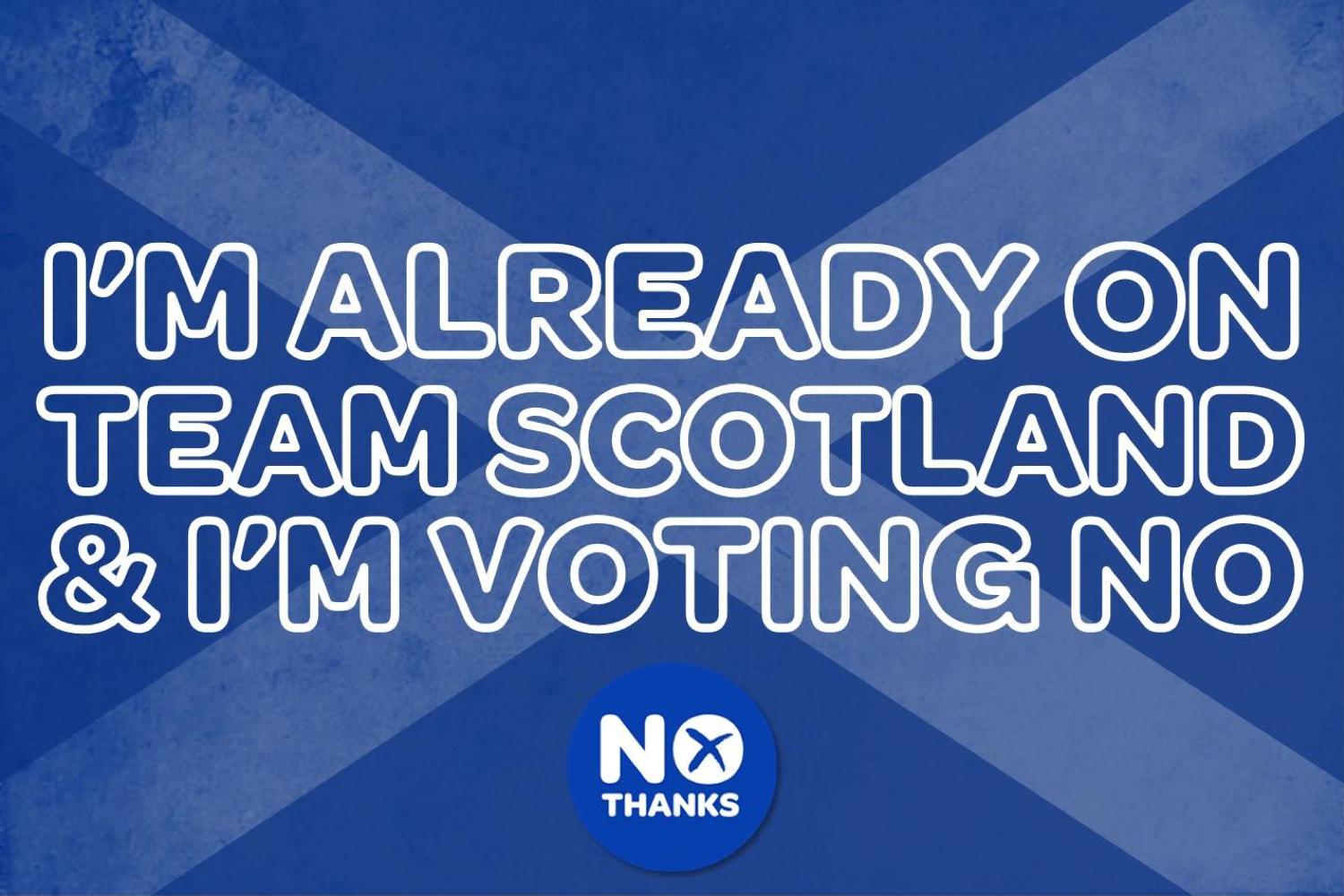 I wasn’t planning to write a referendum post, and having written one I’m pretty sure my life would be less complicated if I kept it to myself. But hey, it’s the future of our country we’re talking about, and that doesn’t happen every day.

Let’s get one thing straight from the outset: if Scotland votes for independence, then I’m ready to start the hard work of building our new nation.

Now here’s why I’m voting no.

I’ve always been proud to be British, proud of our incredible and exciting and ever-changing diversity, proud of our achievements and the things we’ve invented, and proud of our global outlook. I was born in London, I live and work in Edinburgh, I feel British first, and I can’t imagine Britain without Scotland. No, I don’t think the UK is perfect, and yes, I want to see a fairer and more prosperous society as much as anyone. If there’s a better way - and I’m sure we can improve on the current government - then we have a moral responsibility to make the case, to win the argument, and to take the whole of the UK with us. It won’t be easy, but it’s the right thing to do.

The decision to narrow the referendum to a straight yes / no question was a bad one, and the case for the Union has been hopelessly muddled at times. But with one day to go, all of that is in the past. The only thing that matters is what’s on the table now, and we finally have the proposal that most people wanted at the outset: devo max within a more federal UK.

Independence on this blueprint? No thanks

I’ve really struggled with the case for independence. It’s not so much the economics of it - though I am firmly of the view that anyone hoping for an end to austerity will be severely disappointed. Nationalism aside, I just don’t see how it hangs together. We’re told it’s about sovereignty, but Plan A for the currency involves ceding control of interest rates and the budget to London. We’re promised no more nuclear weapons on the Clyde, but have no qualms about sheltering under NATO’s nuclear umbrella instead. We’d have a once-in-a-lifetime opportunity to remake the state from scratch, but instead we’ll duplicate every last corner of the bureaucracy. Everything will be different - but don’t worry, everything will be the same.

Time and again we’re told that the people of Scotland didn’t vote for this government. But that’s what happens in a democracy sometimes, and unless an independent Scotland is on track for a one-party state then in 2016 there would be plenty of Scots who didn’t vote for whichever government was returned to Holyrood. Should they walk away too?

The truth is, the things we have in common massively outweigh the differences between us.

Notes from a digital inclusion startup